Is a Sexist Professional Culture Leaving Great Engineering Talent on the Sidelines?

However, according to the Bureau of Labor Statistics, women comprise only 13% of the engineering workforce, and a recent Harvard Business Review article noted that engineering may be the most male-dominated profession in the country.

To investigate this dynamic, 180 Engineering’s October poll set out to learn more about sexism in engineering from the perspective of our engineering candidate and hiring organization audience. 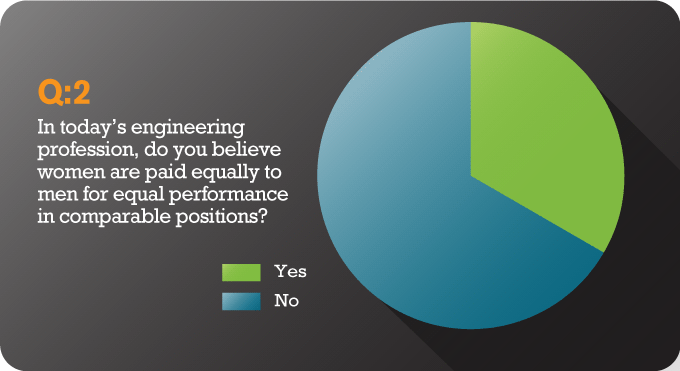 Not surprisingly, 67% of the respondents answered that they do not believe women are paid equally to men for equal performance in comparable positions. However, on a positive note, 80% reported that they feel the engineering profession is less sexist than it was 10 years ago.

This said, some of the comments from respondents were disturbing. “No, women are not paid equally. I have seen enough actual data as a supervisor to know this,” commented one survey participant. She went on to share, “While there has been improvement, as recently as 2014, I was asked if it would be a problem that I would be the only woman working at the company who wasn’t a secretary or a clerk. The person who asked this question was the CEO who clearly was not completely comfortable with the concept of having a woman in a technical role.”

Sexism still exists in many professions, but why are there so few women engineers? The Society of Women Engineers (SWE) and the Harvard Business Review recently conducted separate research studies on the topic. Successful efforts have been made to interest girls in math and science during their K–12 educations and to encourage them to enroll in university engineering programs. At the university level, women and men perform equally. In fact, women sometimes outperform their male classmates.

The real issue seems to be an engineering professional culture that is unfavorable to women. Students become acclimated to the engineering culture in more advanced engineering classes as their education progresses. Since engineering is a very collaborative profession, group projects are introduced. The Harvard Business Review study found that female group members are much more likely to be relegated to secretarial and administrative tasks and are often blocked from many of the engaging portions of projects.

The same dynamic often happens when women enter the professional workforce. At a much higher rate, women are relegated to mundane tasks and are not given as many opportunities to engage in the higher profile portions of projects that would stage them well for promotions and other opportunities.

As one 180 Engineering survey participant commented, “[It] depends greatly on the organization, but there is still a large gap due to the good ole boy culture in many engineering organizations.” 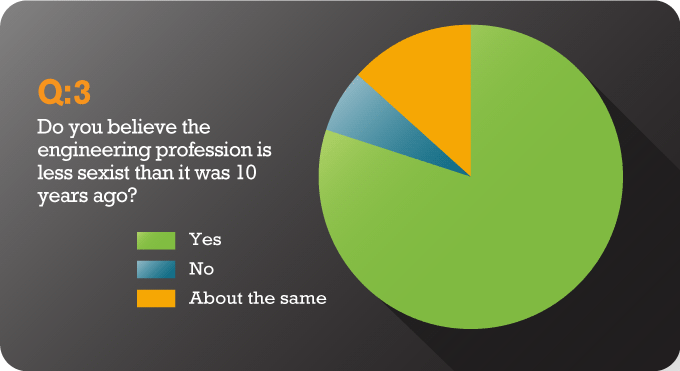 Young women feel uncomfortable and like they are not at home within the field, so they find other career paths where they are more comfortable.