NASA’s Importance to the Engineering Community and to the Nation 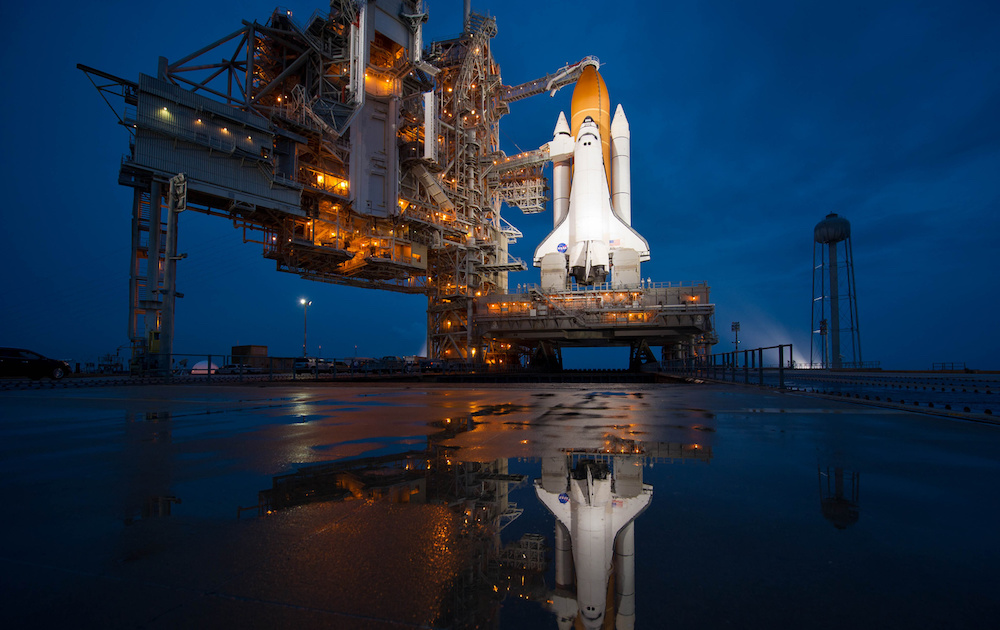 During the Cold War and the Space Race, the importance of NASA was a given. The National Aeronautics and Space Administration was established in 1958 by President Dwight D. Eisenhower with a civilian, rather than military, orientation to encourage the peaceful applications of space science. During this period, the importance of space exploration and maintaining space technology superior to that of the Soviet Union was abundantly clear to the nation for national pride, dominance on the world stage, and national security.

After numerous space exploration successes and challenges, the world marveled as it watched Neil Armstrong take the first human steps on the moon in 1969. Enthusiasm and support remained high through the beginning of the Space Shuttle program (1981-2011). However, Americans were reminded of how dangerous space exploration is by the Challenger disaster in 1986. Then the Cold War ended. Enthusiasm for the Space Shuttle program and for NASA in general took another serious blow in 2003 with the Columbia disaster.

By the end of the Space Shuttle program in 2011, many Americans were questioning the importance of NASA and the ongoing development of space technology in general. With so many problems on Earth, why are we spending so much money in space?

As an engineering community passionate about innovations and as Americans, is NASA important? If NASA funding is an important use of taxpayer dollars, why is it important and how can the agency be defended against ongoing budget threats?

Pulitzer Prize-winning historian William Goetzmann saw the history of the United States as inextricably linked with exploration. “America has indeed been ‘exploration’s nation,’” he wrote, “a culture of endless possibilities that, in the spirit of both science and its component, exploration, continually looks forward in the direction of the new.” Many argue that the vision of space exploration must be seen in the context of a culture of exploration.

While the exploration argument is valid and likely resonates with many engineers and scientists, during uncertain times this exploration likely seems like an unnecessary extravagance to many Americans. However, the importance of NASA can and should be explained in very practical terms. Although there are many arguments for the importance of NASA funding that resonate with those fascinated by science and those who are not, the following four practical arguments would likely resonate with most Americans.

NASA’s completion of a wide range of work over the years offers the opportunity for very unique insights into planet Earth. Through its telescopes, satellites, and exploration, NASA has facilitated perspectives that can be facilitated by no other. As a result, NASA has contributed and continues to contribute important intelligence for monitoring global warming, greenhouse gases, air quality, and more.

In one example, NASA and South Korea are developing plans for a cooperative field study of air quality to advance the ability to monitor air pollution accurately from space.

Additionally, NASA’s monitoring of the Earth has identified that the planet is warming at a pace not experienced in the past 1,000 years. The agency will play ongoing critical roles in helping to arrive at solutions for managing the harmful warming of the planet.

#2 Technologies to Find and Tap Natural Resources in Space

Given the Earth’s current population of more than 6.8 billion people, we are consuming the planet’s store of natural resources pretty quickly. There is virtually unlimited resources in space, and NASA is playing and will continue to play an important role in learning how to find these resources, collect them, and bring them back to Earth.

#3 Protecting Us from Near-Earth Objects (NEOs)

“Asteroid detection, tracking, and defense of our planet is something that NASA, its interagency partners, and the global community take very seriously,” said John Grunsfeld, who was associate administrator for NASA’s Science Mission Directorate in Washington before retiring in April 2016. “While there are no known impact threats at this time, the 2013 Chelyabinsk super-fireball and the recent ‘Halloween Asteroid’ close approach remind us of why we need to remain vigilant and keep our eyes to the sky.”

While NASA has worked toward worldwide planning for planetary defense for some time, the Planetary Defense Coordination Office (PDCO) was formed in 2015. This office is improving and expanding on these efforts and is working with the Federal Emergency Management Agency (FEMA) and other federal agencies and departments to plan for responses to potential disasters.

This is the fun one. For decades, NASA’s Technology Transfer Program has facilitated the introduction of hundreds of innovations to the private sector—NASA spin-offs. Spin-offs have contributed trillions of dollars to our economy over the course of these decades and have served as shining examples of how public-and-private partnerships can and arguably should work. Many spin-offs are innovations that the private sector would have likely never been able to justify within their R&D budgets. Many spin-offs are products and technologies we interact with each and every day. Below are just a few examples.

A 1985 spin-off, safety grooving, is the cutting of grooves in concrete to increase traction. Safety grooving was first developed to reduce aircraft accidents on wet runways. Skidding was reduced, stopping distance decreased, and a vehicle’s cornering ability on curves increased. Safety grooving has been extended beyond our roads and highways to include steps, parking lots and many other potentially slippery areas.

For the Apollo space mission, NASA needed a portable, self-contained drill capable of extracting core samples from below the moon’s surface. Black & Decker worked with NASA to develop a computer program to optimize the design of the drill’s motor and insure minimal power consumption. The computer program developed for this purpose led to the development of a cordless, handheld vacuum cleaner – the famous Dustbuster.

New heart monitoring technology created to track the health of astronauts on deep space missions was modified for use in the physical fitness industry. An infrared heartbeat transmitter worn under clothing uses the heart rate to act as an exercise intensity control. This data is used to help athletes improve performance or monitor the heart rates of those with cardiac conditions.

A company working with NASA developed and innovative foam material that distributes a passenger’s body weight evenly across a seat’s entire contact area to increase passenger comfort and increase protection in the event of an accident. This foam material is now used in football padding, baseball chest protectors, soccer shin guards and much more.

Goodyear developed a fibrous material, five times stronger than steel, for NASA to use in the parachute shrouds to soft-land Viking spacecraft on the surface of Mars. The fiber’s molecular structure gave it incredible strength in proportion to its weight. Utilizing the incredible strength and durability of the material, Goodyear used the technology to produce a new radial tire with a tread life 10,000 miles greater than the radial tire on the market in the late 1970’s.

NASA’s funding and development of innovations in both robotics and shock-absorption/comfort materials are enabling medical device companies to create better and better prostheses. Enhances robotic sensing and actuation capabilities, coupled with foam various foam and other materials technologies are creating prostheses with better functionality and with more natural look and feel.

As most of us in the engineering community would agree, the importance of NASA extends well beyond that fantastical world of space exploration we see in the movies. NASA’s funding and continued work is critical for the health of our planet, planetary safety, and contingency planning given the effects of planetary overcrowding. In addition, the practical and marketable spin-off technologies that make their way into the private sector help fuel our economy and improve the quality of life for people around the world.

The voice and support of the engineering community is critical to assure a strong and productive NASA for years to come.